I have been rereading The Infernal Device series by Cassandra Clare and I forgot how much I love this series. Everyone (should) remember the book that got them into YA and these were mine. I was working at Barnes and Noble and I remember seeing the cover for Clockwork Angel and being instantly drawn to it.

I mean – how could you not? IT’S GORGEOUS 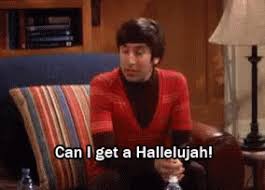 One of the best things about this world is the characters Cassie created. O.M.G. are they perfection?? I absolutely adore everyone in The Infernal Devices and then The Mortal Instruments characters are perfect for that time.

Now, I’m sure that I am not the only person who imagines themselves as the character when they read. Why wouldn’t I want to be part of this awesome world?! Before I started my reread I always thought I wanted to be like Isabelle Lightwood. She’s fierce, sexy, and loyal. She is such an amazing character. But…. as I have been rereading The Infernal Devices it clicked – why wouldn’t I want to be like Charlotte Branwell? She is probably the most badass female character in this series. So I present to you, a blog post on why I think Charlotte Branwell may be the best shadowhunter. 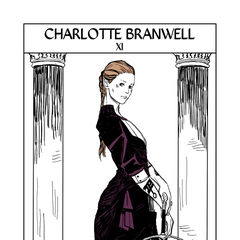 Please remember that this is before I read The Dark Artifacts so we’ll see if I feel the same way after I have read that series.

Even though Charlotte had a lot of struggles and proving, she did so gracefully. She never strayed from her beliefs and always did what she thought was best for the clave. While staying strong mentally, Charlotte was physically strong as well. The scenes in The Infernal Devices where she is fighting are amazing! She is wicked in the battlefield to defend those she loves. Her loyalty and heart is what makes her the best shadowhunter. ***SPOILER ALERT***

Charlotte has proven to be a powerful source on and off the battlefield. I highly respect her as a character and could not compete with her love. I know I would fight and die for Charlotte Branwell. I think the most amazing thing about her is she accomplished all this AT THE AGE OF 23!!!!!!!!!!!

What do you think? Who’s your favorite Shadowhunter? I can’t wait to hear what you have to say.